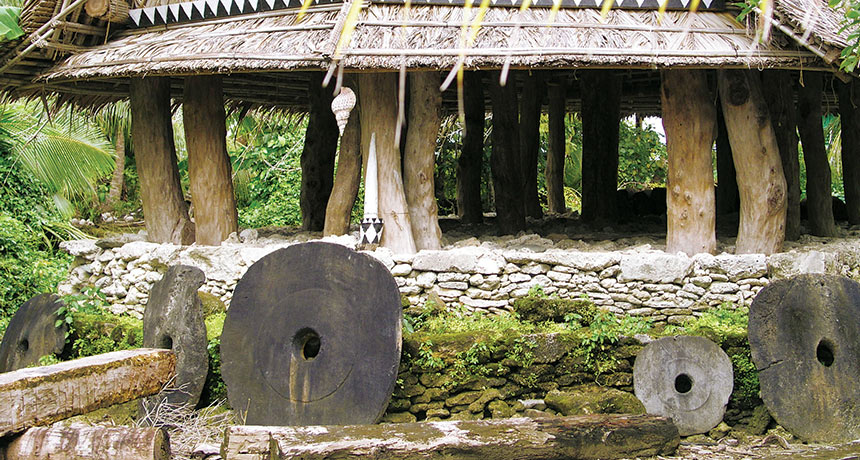 What have the Micronesian island of Yap and Bitcoin got in common? It looks like that the blockchain technologies used to record digital transactions are not so revolutionary, as the people of Yap have been using the same system for a few centuries already – except their money weighed about 4 tonnes.

Their stone money, known as Rai, is a large doughnut-shaped, carved disks up to 4 m in diameter, starting from really small change of 3.5 centimetres to 3.6 meters. Weighting tonnes.  Currently there are 6,000 stone disks carved out of limestone. The largest rai stone is located on Rumung island.

What is quite incredible is that Yap had no durable rock or precious metals and its sailors, commissioned by their leaders, would sail to Palau on bamboo rafts, and bring limestone from their quarries.

According to BBC, ‘’On their return from Palau, the sailors would give the carved stone money to the high chiefs who would gather from different villages to welcome back the sailors and the stones. The chiefs would keep the larger ones and two fifths of the smaller ones. They would also give names to some stones, usually choosing their own name or that of relatives, and confirm the stones as legitimate by giving a value based on an even older currency system’’

The value of a specific stone is based on its size, how well it’s made and its history. If many people died when the specific stone was transported, or a famous sailor brought it in, the value of the rai stone increases.

The stones used for social transactions such as inheritance, ransoms, deals, marriage etc, but what is really interesting and unique, that their physical location is not important – hence the similarity to Bitcoin. They can be left in an alleyway, as it’s difficult to transport but as long as it’s agreed who it belongs to, it’s enough to use it as currency.

There is an interesting story of a large rai accidentally dropped into the sea, but everyone agreed that the rai must still be there, so it continued to be transacted as genuine currency.

The trade for rai stones eventually stopped as a result of trade disputes but it’s an interesting reminder of an innovative currency system well before the digital age. 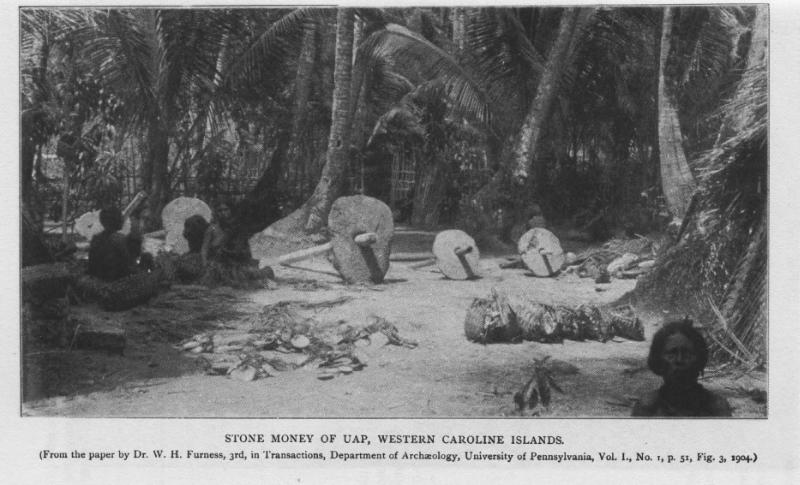 This website uses cookies to improve your experience while you navigate through the website. Out of these, the cookies that are categorized as necessary are stored on your browser as they are essential for the working of basic functionalities of the website. We also use third-party cookies that help us analyze and understand how you use this website. These cookies will be stored in your browser only with your consent. You also have the option to opt-out of these cookies. But opting out of some of these cookies may affect your browsing experience.
NecessaryAlways Enabled
Necessary cookies are absolutely essential for the website to function properly. These cookies ensure basic functionalities and security features of the website, anonymously.
Functional
Functional cookies help to perform certain functionalities like sharing the content of the website on social media platforms, collect feedbacks, and other third-party features.
Performance
Performance cookies are used to understand and analyze the key performance indexes of the website which helps in delivering a better user experience for the visitors.
Analytics
Analytical cookies are used to understand how visitors interact with the website. These cookies help provide information on metrics the number of visitors, bounce rate, traffic source, etc.
Advertisement
Advertisement cookies are used to provide visitors with relevant ads and marketing campaigns. These cookies track visitors across websites and collect information to provide customized ads.
Others
Other uncategorized cookies are those that are being analyzed and have not been classified into a category as yet.
SAVE & ACCEPT